Gold and silver stocks are finally catching a bid. Some of the better stories have even seen share prices rise on days when the metals retreated or traded sideways. Mr. Market seems to be warming to history’s longest-serving stores of value and mediums of exchange—and he’s looking for leverage.

The stocks got whacked harder than the metals when markets melted down in March, of course. You can see that in the chart below, which uses three high-volume gold and silver stock ETFs as proxies for the asset class in general. We can also see that they’ve risen more sharply than gold since the meltdown. That’s as experience tells us to expect, based on the leverage the stocks give us to the underlying metals. 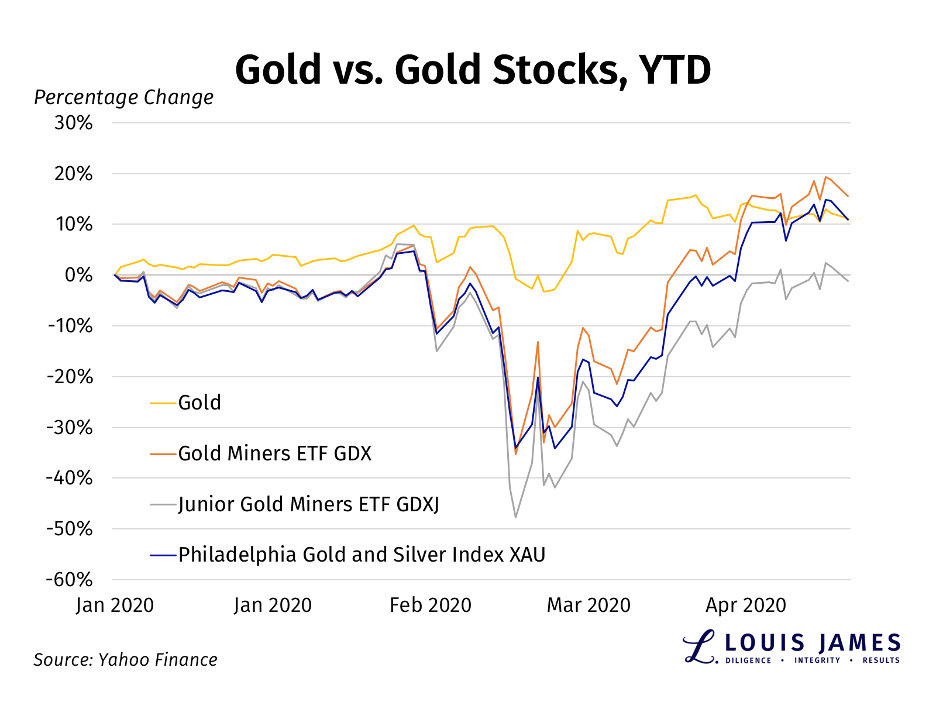 One important, if unsurprising thing we see in this chart is that the GDXJ, which includes supposedly more junior stocks, is more volatile than the GDX and XAU. (It does include some smaller companies, but no tiny juniors—the name really is a misnomer.)

Another interesting feature of this chart is that while gold did get hit by the liquidity crunch in March, it was relatively tame. Gold only dropped 12.4%—nothing like the 29.4% bear mauling of 2008. That’s despite the record-breaking speed of the meltdown and the instant liquidity crunch it created.

This doesn’t prove, but does support my theory that 2008 taught an entire new generation of investors that gold is far more than a barbarous relic. If I’m right about that, everyone still in the markets who missed out on gold’s phenomenal run from late 2008 to 2011—and the leverage to it afforded by the stocks, as shown above—will have incentive to make sure they don’t miss out on the next major gold bull. I expect FOMO to be on gold’s side, this time.

But the chart above shows only this year’s volatility. Let’s pull back to look at a five-year picture. 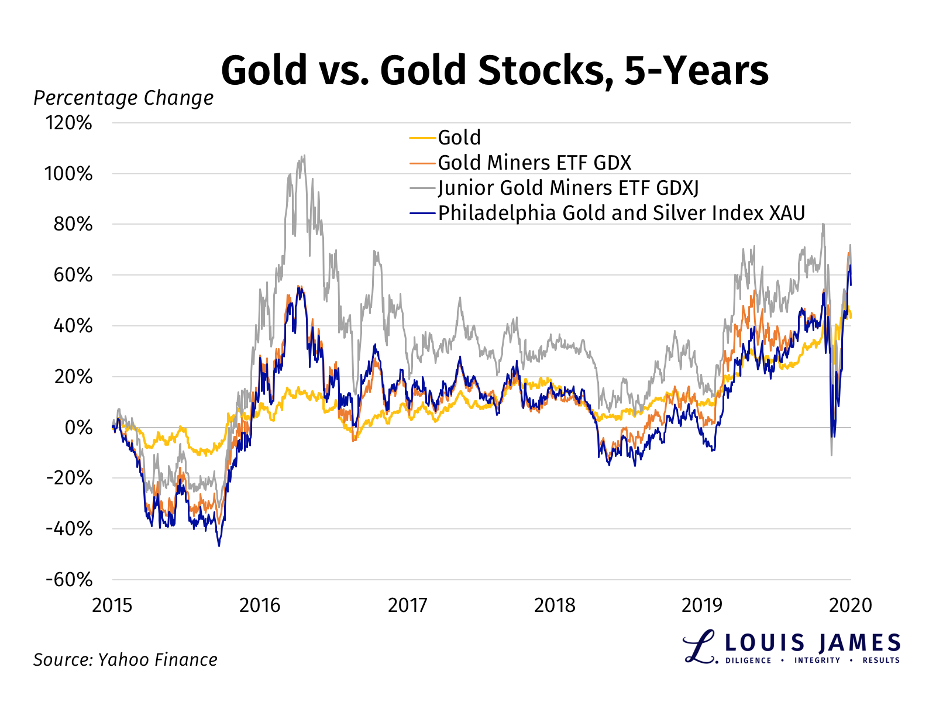 Here again, we see the greater volatility of the stocks over the metal. This hurts on the downside but delivers huge gains on the upside. The results in 2016 are a classic case in point.

Oddly enough (and, in my mind, really showing that the “J” in GDXJ is simply wrong), the GDXJ outperformed the larger-cap ETFs throughout the entire period, except the March 2020 meltdown.

Now let’s pull back even more and look at the longest-term version of this chart we can make (because the GDX was established in 2006 and the GDXJ in 2009). 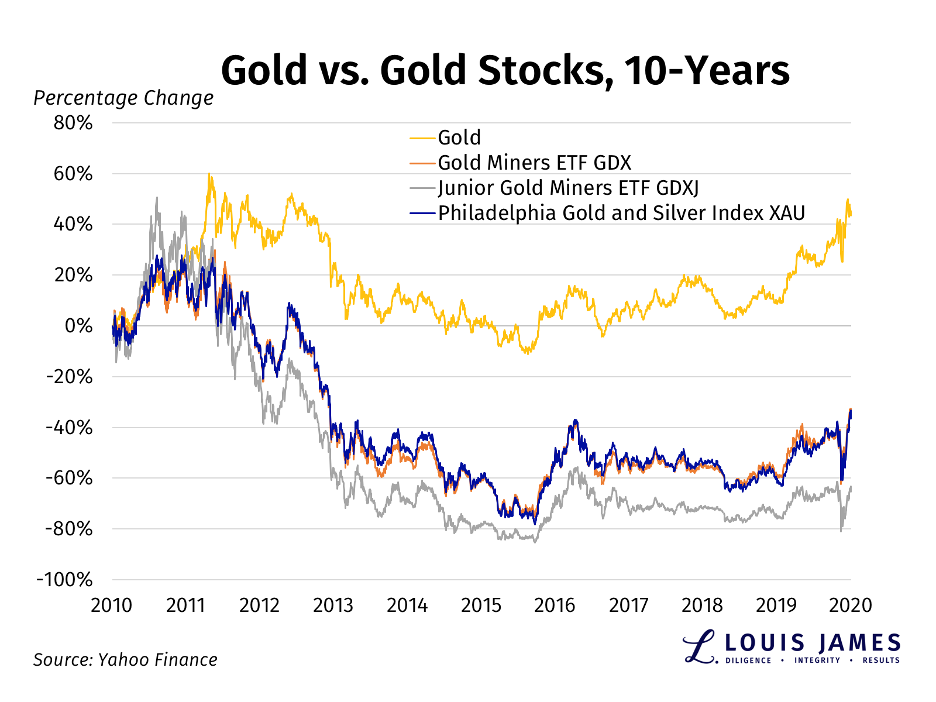 This again shows the way the stocks magnify the price movements of the metal, especially to the downside after the peak in 2011. But we knew that already.

The key takeaway here is that the stocks are still deeply on sale relative to gold itself.

This relative bargain status adds to the upside going forward—and it tells us that it’s not too late to go long in the multi-year gold bull market that’s developing.

I wrote about silver last week; I do expect it to lag, as it usually does, but then more than catch up to gold on a percentage gain basis. That makes it—and great silver stocks—the better bargain today.

But I’m confident that both will hit it out of the ballpark in the years ahead.

P.S. To be kept abreast of more opportunities, dangers, and issues affecting all investors, please sign up for our free, no-spam, weekly Speculator’s Digest.