Silver vs. Uranium—Which Stocks Are the Better Buy?

The hype about the #SilverShortSqueeze continues, but it’s uranium stocks that are going through the roof.

At one level, I can understand. I’m very bullish on uranium myself. The speculative investment thesis is simple:

Despite this compelling case, uranium prices have been retreating since last summer. The five-year trend remains upward, but the current downturn in the face of growing demand is striking. 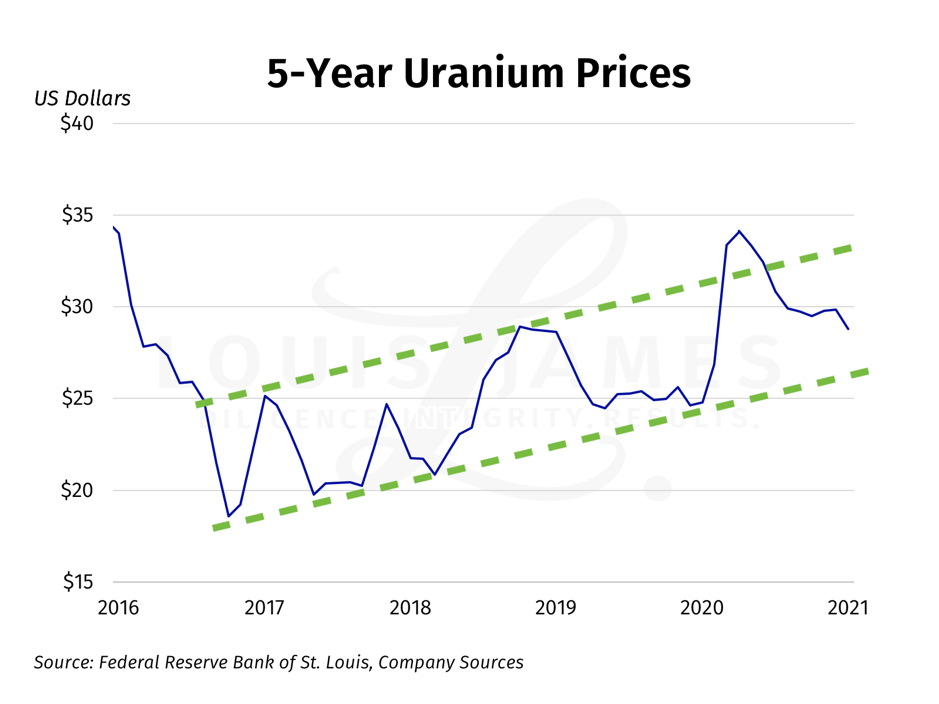 What’s even more striking is that many uranium stocks have been soaring even as the metal itself has been retreating. Strange as it may seem, uranium miners, as represented by the Global X Uranium ETF (URA), have taken on an almost inverse relationship with uranium prices since the beginning of 2018. Perhaps not coincidentally, that’s when the Section 232 Saga began. 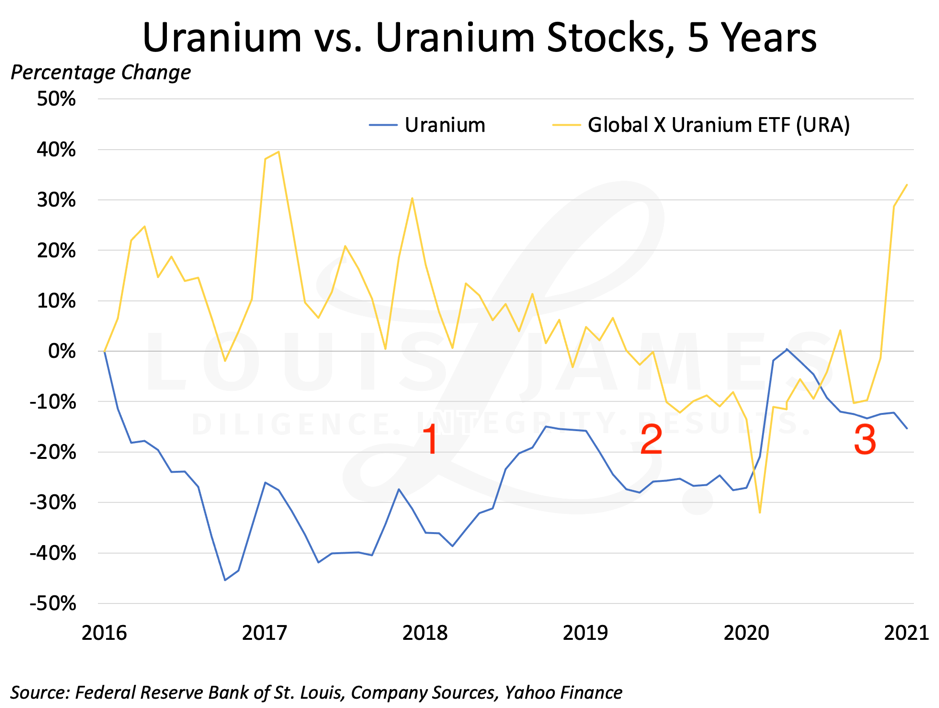 Point 1 on this chart is January 2018, when two US uranium producers filed their now-famous Section 232 petition, asking the US government to require US utilities to buy at certain minimum amount of uranium from US sources. At first, this didn’t have much impact and share prices continued falling, even when uranium prices had a significant breakout that year.

Point 2 on the chart is when President Trump ignored the US Department of Commerce’s support for the petition and shot it down. It’s no surprise that uranium miners’ share prices dropped, but it is interesting that uranium was rising at that time.

Point 3 is when it became clear that a “blue wave” was heading for Washington, DC. It’s hard for me to call this anything but manic.

I understand that candidate Biden had come out in favor of “advanced nuclear” power. I understand that establishment of a US uranium reserve was included in the fiscal “stimulus” bill signed into law by Trump before he left office. And I know that uranium prices did blip up a bit last month.

But uranium prices have been falling hard since last summer—they’re down sharply this month—and uranium stocks keep rising. Just yesterday, many uranium stocks leapt again, even though the broker price index for uranium dropped another $0.15 to $28.73.

Could the “smart money” know something I don’t? maybe uranium stocks are rising while prices for the metal itself continue losing altitude for some good reason I’m unaware of?

Well, if so, it’s a reason even the most well-informed uranium bulls I know are unaware of. They’re all cheering the rally on, of course. Many point to the same, positive fundamentals I do. But those fundamentals have been positive for years. There’s no reason I can see for the fundamentals to drive uranium stocks nuts while uranium prices are falling.

But I am bullish on uranium, so… what to do?

In short, I’m not telling anyone to stay away from uranium. I’m just saying that the stocks can’t be called a “buy low, sell high” opportunity at this time. That argues for patience among buyers.

I do look forward to buying more uranium stocks when the conditions are right.

Oddly enough, the spot price of a pound of uranium is pretty close to that of an ounce of silver at the moment.

I could see both prices spiking to $100 over the next two years—sending related stocks even higher on a percentage-gained basis.

In short, there’s risk in speculating in stocks in either space, but the potential to make a lot of money in both.

Honestly, I like both. I own shares in what I think are some of the best companies on both spaces.

But—for the present—I’d rather put more money into silver stocks than uranium stocks.

Remember this chart from last week? 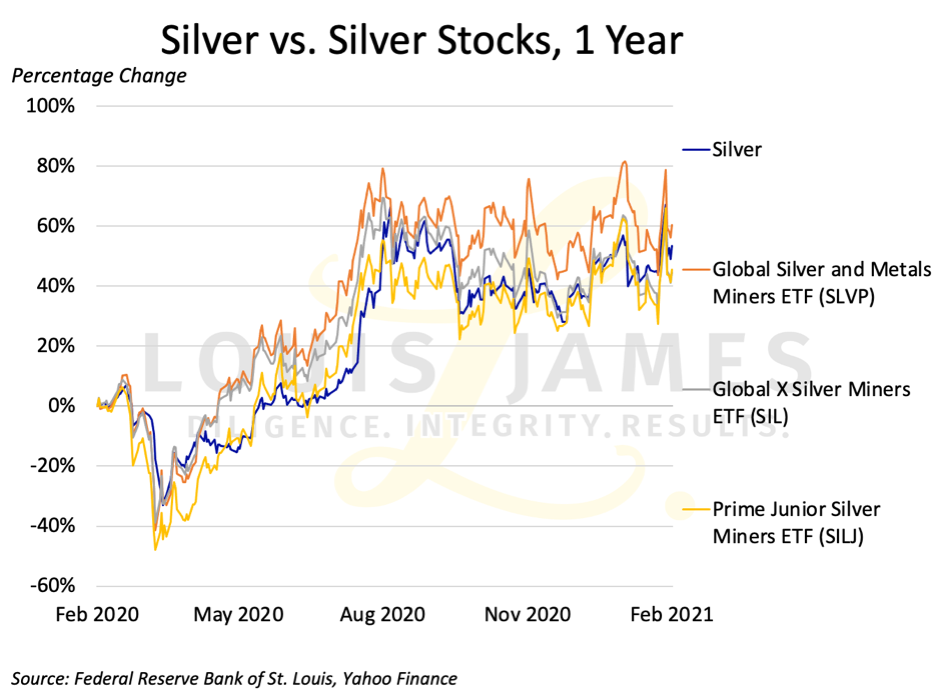 Unlike uranium stocks, silver stocks are still relatively cheap compared to the metal itself.

So that’s where I’m looking to deploy cash now.