Conventional wisdom gets that way by being right for a long time. But things change. What was once tried and true may not hold under new circumstances. For instance, I’ve been told for many years that it’s a waste of time trying to interest young people in investing, especially in gold stocks. But I’ve made a hobby of doing that since 2003, so I know it can be done.

Last year, I wrote an article saying that I thought millennials would catch on to gold. More recently, I argued that the rise of Robinhood is actually bullish for gold.

And now a combination of just the right factors shows that I may be right far sooner than even I imagined.

A skeptical investor may—rightly—ask how I know that this exciting theory is actually true.

Well, I have to say that this is a new trend, so things may not go as I hope. But there is relevant data…

Have you heard of Robintrack?

Robintrack is a free website built by a 23-year-old programmer (of course) that allows users to see what Robinhood users are doing in several ways, including popularity changes and participation in individual stocks.

For instance, have a look at this Robintrack chart of Tesla. 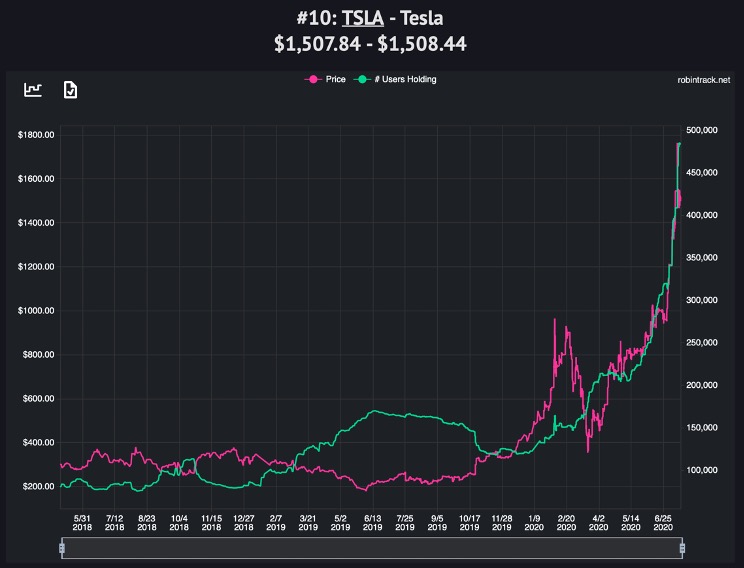 No surprise, it’s quite popular. The number of shareholders has surged to almost half a million with the share price surging to almost parity with an ounce of gold. Old curmudgeons like me look at this chart and think: “Classic case of FOMO.” But look what was happening last summer. There was a contrarian surge of interest—and it looks like a lot of those people took profits when the current insane rally got going last fall. That’s what I would have done.

That’s interesting, but the important news for resource investors is that Robinhooders are indeed jumping on gold stocks in response to gold rising toward record levels. Where would they go first? To the biggest, most obvious stocks, like the SPRD Gold Trust ETF (GLD) and the world’s biggest gold miner Newmont (NEM). That’s just what we see. 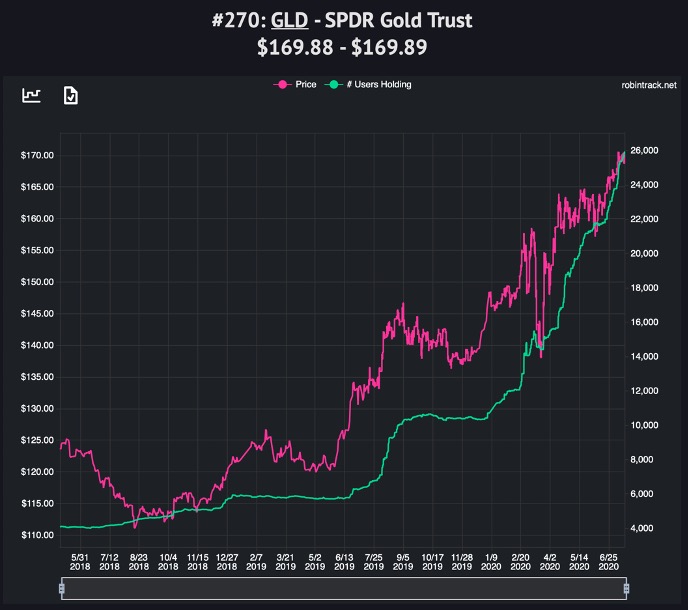 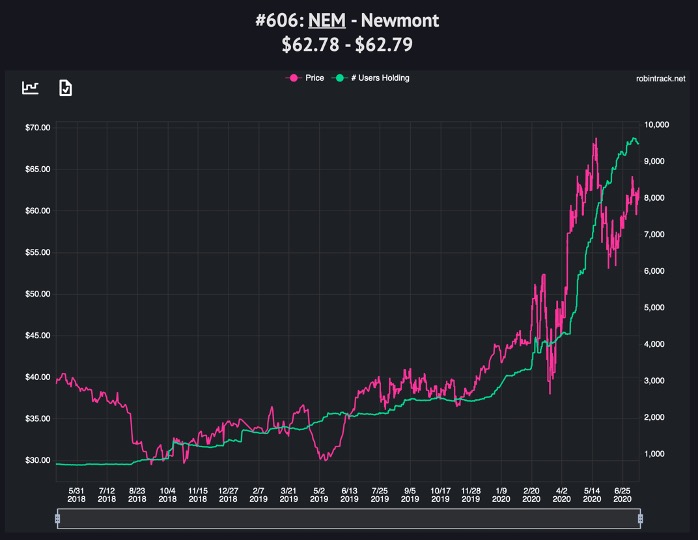 These stocks aren’t attracting anywhere near the number of Robinhood shareholders as Tesla, but that’s to be expected. What’s important to me that the number buying in since the March meltdown has gone vertical. There was also a significant surge in buying GLD last summer after gold’s big breakout delivered a wake-up call to anyone paying attention. These data support my thesis that with time, money, and access, all it took was for gold to get exciting for Robinhooders to jump on the bandwagon.

After all, it’s all fun and games to make fun of old codgers hoarding guns and gold, but it’s stupid to ignore a chance to profit.

Now here’s an interesting twist. I’m not surprised to see Robinhooders reacting to gold approaching new all-time-highs. But what about silver? It’s up a bit, but still in the doghouse, really. And yet big silver companies like Pan American are catching Robonhooders’ attention as well. 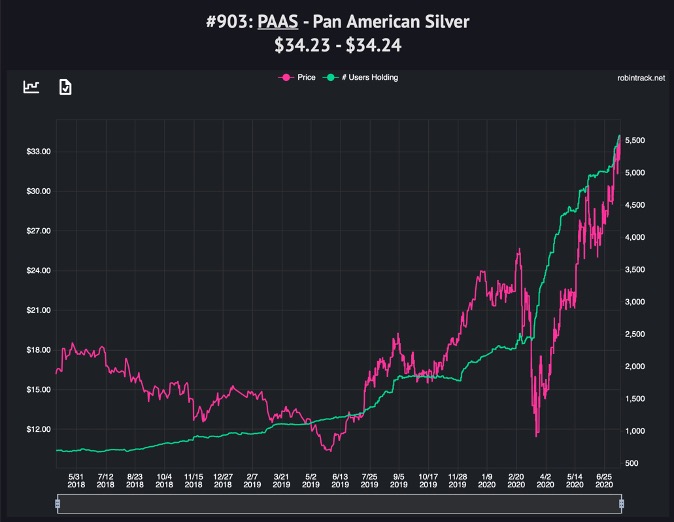 This suggests to me that the Robinhooders flocking to gold understand that silver is a monetary metal as well. That’s extremely bullish.

One more thing. Gold and silver aren’t the only metals up this year. Uranium is also up sharply. That’s got Robinhooders’ attention as well, as we can see in this chart of Cameco (CJJ). 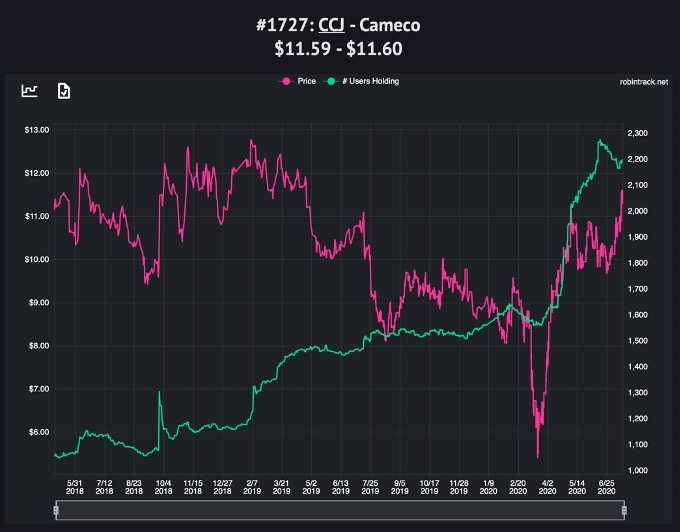 That’s only 2,000 Robinhooders owning shares in Cameco, a much smaller number than for the big gold and silver stocks above. But it’s actually about the same number as own Franco Nevada (FNV), perhaps the world’s most well-known gold royalty company.

More important, in my view, is that uranium is widely hated. Many resource investors assume that “politically correct” millennials would never buy a uranium stock. The data suggest that this is not so.

Bottom line: young investors can see and are acting on opportunities to speculate for profit on commodities stocks.

This is extremely bullish for gold and silver now, and the entire resource sector going forward.

P.S. I don’t own any of the equities mentioned in this article. To be kept abreast of more opportunities, dangers, and issues affecting investors, please sign up for our free, no-spam, weekly Speculator’s Digest.