My Version of the Barbell Strategy

It’s another way of looking at the “barbell strategy” advocated by noted trader Nassim Taleb in his outstanding book, Skin in the Game. The idea is that it’s a mistake to try to balance risk and reward by aiming for the middle of the road. It’s better to split a portfolio into sets of low-risk, low-yield and high-risk, high-yield investments. The split keeps risk relatively low and increases the odds of big wins improving overall results. 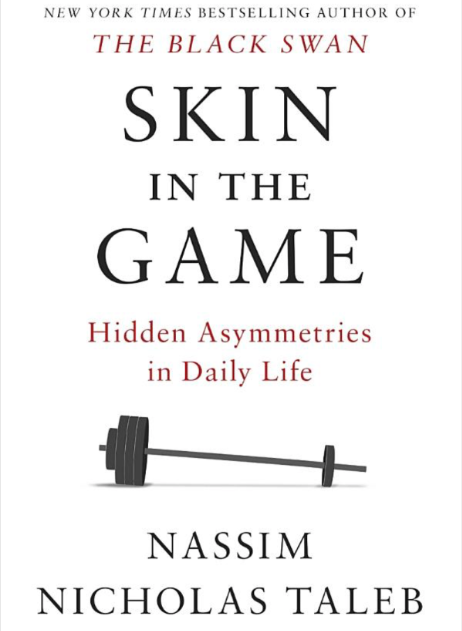 Of course, I love Taleb’s eloquent case for only investing with those who have skin in the game. That’s central to what I do—and what I offer my readers.

But Doug’s formulation has an advantage; it highlights how proper speculation isn’t the wildly risky thing most people think it is.

I would go one further…

We live in the post-Lehman, post-global-financial-crisis world. Negative interest rates, quantitative easing, and other policies that were once said to be emergency measures are now part of the new normal. This cannot be sustained.

In their heart of hearts, I think most mainstream investors and even the talking heads on financial media know this. That’s why markets react with such volatility when anything shakes the house of cards.

But what does this really mean?

Risking “100% of your portfolio for 10% gains” is actually risking a 50% haircut or more when the bubble meets the pin.

Even the safest mainstream investments today are high-risk gambles in the face of a major bear market we all know is coming.

That’s why my own version of the barbell strategy is not Dow blue chips on one and mining stocks on the other. No.

I have most of my net worth in real assets—and I include physical bullion as well as real estate in that category.

It’s important to understand that the gold and silver bullion I own is not a speculation. Yes, at times when prices are rising, it offers speculative upside. But that’s not why I own it. As others have said, it’s wealth preservation. It’s insurance. It’s a hedge against inflation. It’s the financial long for which there is no short, no counterparty risk. It’s the ultimate form of liquidity of last resort. It’s how I set aside long-term savings.

That’s the fat end of my barbell.

The skinny end of my barbell—the speculations I make with money I can afford to lose—is all in junior mining stocks I’ve determined offer the most reward for their greater risk.

My own “risk assets” do not include the Dow, the S&P 500, the FANGS, or any mainstream equities. They are just too risky at the tail end of the current record bull market. Yes, there could be a final melt-up from here, taking them much higher before they peak. But they could just as easily crater tomorrow—and just might, if the Fed disappoints.

The only way to make sure I don’t go down with the rest of the party skating on thin ice when it breaks is not to skate.

On the other paw, what’s the downside in my gold and silver speculations? I can’t see gold falling too hard in a world awash in negative interest rates and geopolitical turmoil. But it may correct, consolidate, and trade sideways for a long time. Fine. Producers and projects that made money at lower gold and silver prices should deliver in spades in the current price range.

I think the “high risk” end of my barbell has far better odds of delivering for me over the years to come than mainstream “safe” investments do.

If you want to know which specific equities I’m putting into the higher-risk, higher-reward side of my barbell, please subscribe to The Independent Speculator.

But the strategy is yours for free.