Beware of the Wrong-Way Corrigans of Economics

Economists—at least those whose projections get included in mainstream media polls—are so consistently wrong, I’m reminded of Wrong-Way Corrigan, who in 1938 was supposed to fly from New York to California, but flew to Ireland instead.

The problem is that Corrigan clearly pulled his stunt on purpose, but mainstream economists don’t seem to be aware of—or willing to admit to—the problems their incorrect projections are causing.

The important thing is that they’re consistently wrong—it’s not random.

If their highly educated guesses were as often wrong one way as the other, I could just shrug it off as being the result of an inexact science. But it seems to me that ever since the COVID-19 shutdown of 2020, the expectations of most Fed, Wall Street, and other economists have consistently underestimated Consumer Price Index (CPI) inflation—to say nothing of the real inflation people are experiencing in their everyday lives.

It's easy to suspect an agenda here. Maybe there is one. But if so, you’d think these geniuses would get a clue that they don’t do that agenda any good when they set low expectations that result in unpleasant surprises. 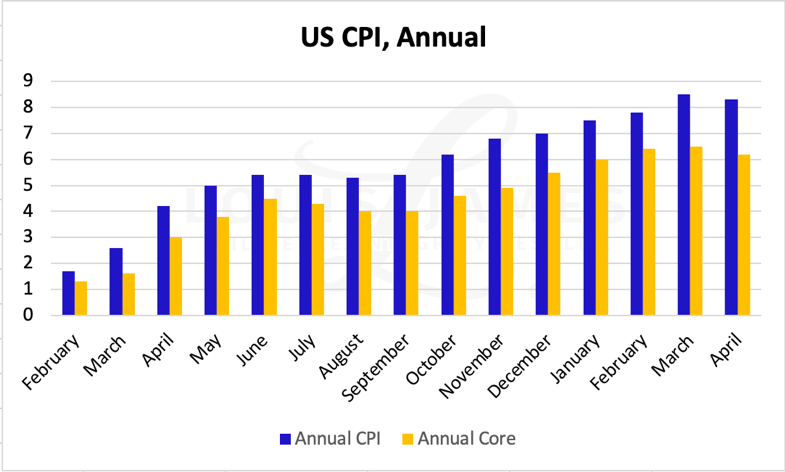 However, economists’ average projections were for 8.0% to 8.1% CPI. So, instead of celebrating “peak inflation,” the surprise “hotter than expected” print sent Wall Street into a tailspin. Polled economists were also wrong about the supposedly more telling monthly change in core CPI, which leaped instead of falling, as expected. 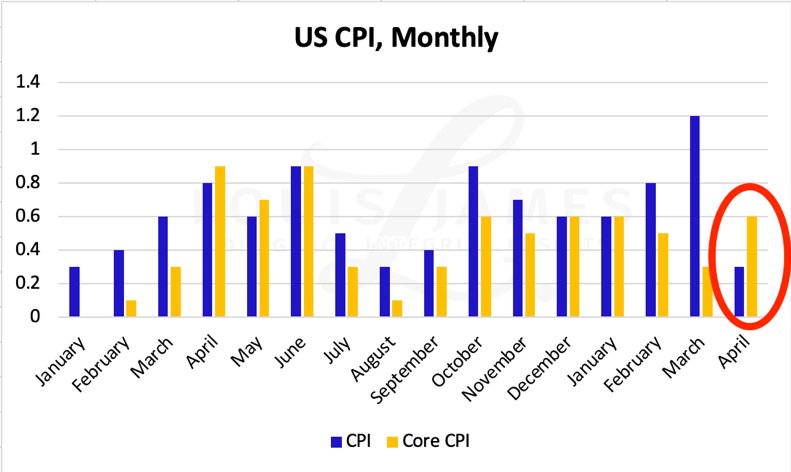 Mr. Market didn’t care for this at all. There were sharp reactions to the CPI press release and major US indices have entered bear markets. This is… not helpful to any agenda The Powers That Be (TPTB) might have for controlling the narrative about inflation.

So why do economists keep getting it wrong?

I’m sure each has his or her own reasons, but I think we’re seeing evidence of bias here. I’m not saying they’re all Democrats who want to try to make Biden look good, though some may be. I think we’d be seeing much the same thing under a Republican administration. To me, this looks like something much more dangerous than political posturing: methodological bias. I think the models most economists use are, at best, incomplete and inappropriate for current circumstances.

What makes this so important is that even the most sincere economists will guide policy toward error if their models are wrong—their “tools” won’t work as expected.

Most economists say that inflation results from an overheated economy. Thus, the tools for taming inflation involve raising interest rates and tightening financial conditions in other ways to reduce aggregate demand, slow the economy, and bring inflation down.

I think it’s the other way around. Real inflation—increases in the money supply given “velocity” by easy financial conditions—cause an economy to overheat. Unfortunately, this happens after a delay that obscures cause and effect. Other variables can also come into play, further obscuring the relationship. But if memory serves, Nobel-winning economist Milton Friedman said the delay was typically 18 months or two years. That fits with the inflation we’re seeing now, about two years after governments around the world went nuts injecting liquidity into the global economy, trying to compensate for shutting it down over COVID-19.

Specifically to current circumstances, the question that must keep honest economists up at night is:

“What if the inflation resulting from increased money supply and supply disruptions does not abate as quickly as hoped and our tightening of financial conditions destroys businesses, jobs, and savings with no meaningful reduction of inflation?”

In other words, what if the TPTB’s “transitory” story is even more wrong than anyone in the mainstream will admit to?

Lest I come across as a prophet of doom, consider these facts:

All of this portends sustained high inflation regardless of any politically feasible course of action the Fed, the ECB, or other central bankers might take.

Worse, the New Iron Curtain will make much of the high-inflation fallout effectively permanent.

If I’m right about this, the Fed’s supposedly “aggressive hawkishness” won’t tame inflation, but it will send people (voters) running to the government for help.

But why are industrial and monetary metals down if inflation is up?

Well, remember that I’m almost a lone wolf out here. I think mainstream economic models are wrong. I think the “tools” the Fed plans to use won’t work as hoped. I think debt levels will hold major central bankers back from raising rates enough to really matter. I think we’re headed for stagflation—if we’re not in it already.

But The Wall Street Journal doesn’t call me to ask what I think.

Mainstream traders… well, it seems they believe the Fed will “Whip Inflation Now” (because it worked so well for Gerald Ford in the 1970s?). Market action tells me they expect the Fed to cause a mild recession in order to bring inflation down. Combine these two, and you get a forward-looking expectation for economic weakness, lower inflation, and higher—or less negative—real rates.

I don’t think this way, but if I did, I’d be bearish on commodities—including gold and silver.

The bad news is that as long as this mainstream misperception lasts, I expect gold, silver, and industrial minerals to remain under pressure.

The good news is that I don’t think it will last long—not more than a few months. It may not last more than a few weeks if there’s another “hotter than expected” surprise in the next personal consumption expenditures (PCE) and other inflation reports.

Ultimately, even the most obstinate Wrong-Way Corrigans of economics have to face the facts when they don’t arrive at their expected destination.

This makes me bullish on my favorite commodities under current conditions—and likely for years ahead.

P.S. To be kept abreast of more dangers, opportunities, and issues affecting investors, please sign up for our free, no-hype, no-spam Speculator’s Digest.