There’s been a flood of recent headlines about a new artificial intelligence (AI) program called ChatGPT.

Someday, somebody’s going to make a fortune with a human-level AI (or higher). There are even signs of it starting to penetrate the extractive industries.

I don’t think the game-changing day has come yet, but I don’t want to get left behind, so I checked ChatGPT out.

For starters, I asked the bot how a recession this year would impact commodities, and got this response: 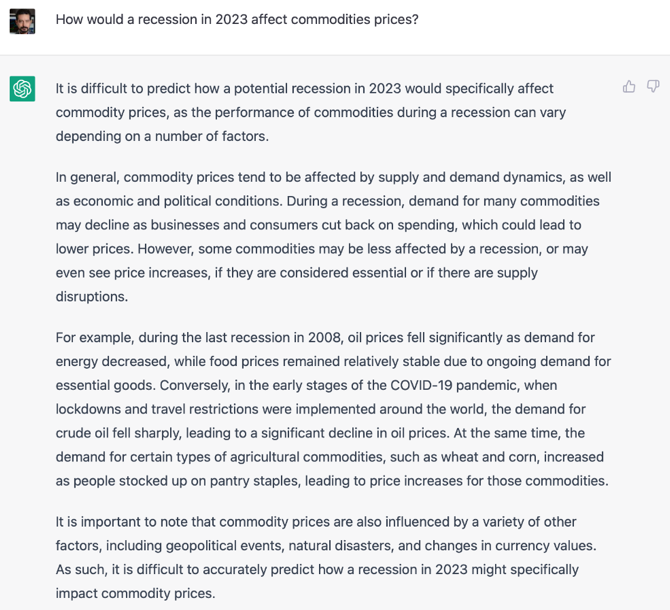 The answer seems wordy, repetitive, and lacking in useful insight. I tried again, asking more specifically about copper, and got almost the same response: 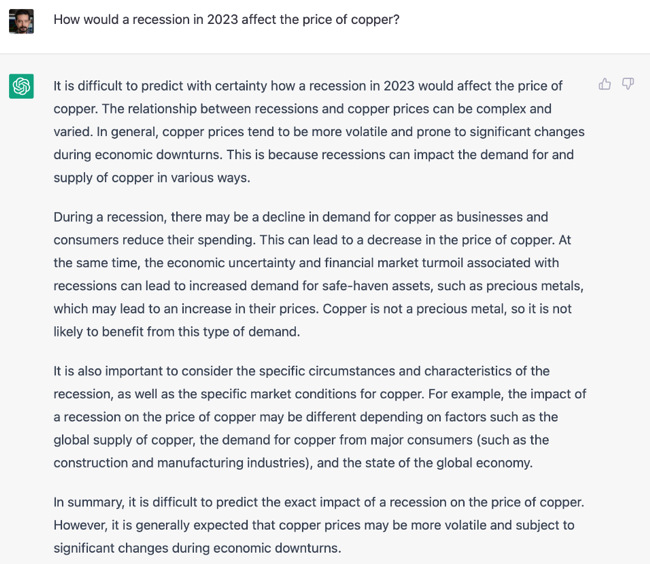 I tried asking about gold and inflation, and got a slightly more interesting response: 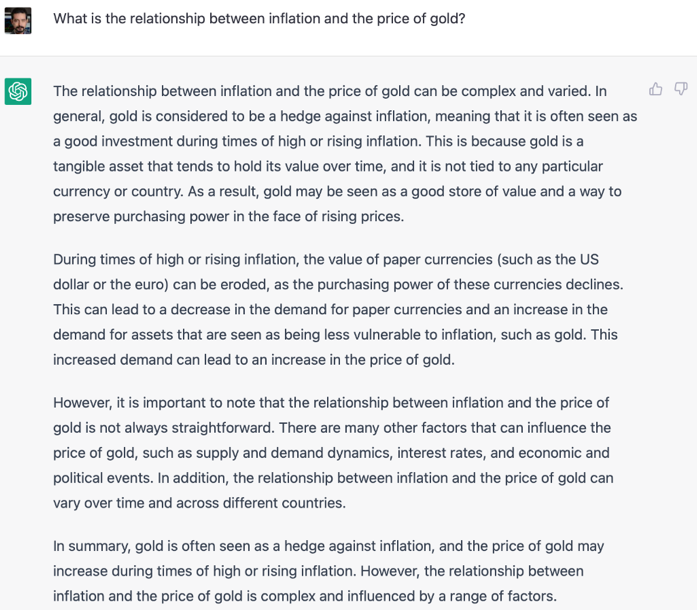 All of these responses are formulaic. They seem to be drawn from text searches, rather than looking at any data. If the machine had made charts of commodities or copper during recessions and drawn probabilistic conclusions, I would’ve been quite impressed. Likewise if it had calculated a correlation coefficient between gold and CPI (even if that would likely have resulted in erroneous conclusions).

Instead, I got something like what a lazy middle-school student might produce googling for help with an essay.

This software may be a threat to the jobs of reporters who simply regurgitate information. It could easily replace fortune tellers who specialize in vague platitudes. But as an investment analyst, I think my job is safe for now.

As a speculator, do I want to invest in new AI tech? I’d rather stick with things I think I understand better than most investors in the market. That’s definitely not software—as alluring as the idea of AI is.

This may seem off-topic for me as a commodities guy, but I expect we’ll be hearing a lot about AI this year—including in the resource sector.

An early mover in this space was a company called EarthLabs (formerly GoldSpot), which has now sold its exploration technology division. Now there’s a stock chart to rival Tesla’s for a disastrous 2022… 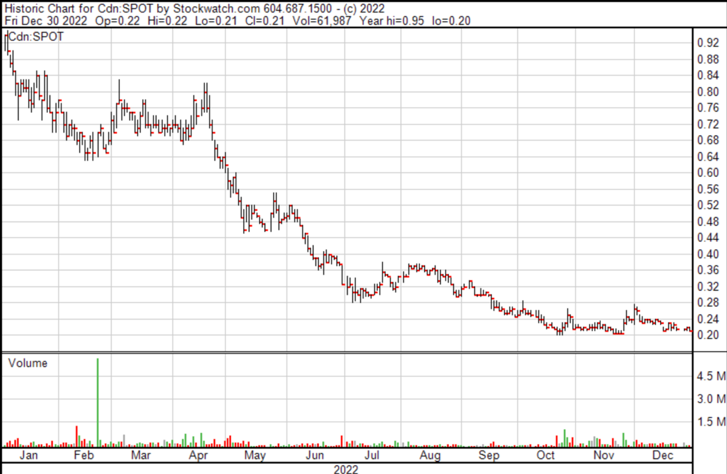 Don’t get me wrong; I think it’s important for extractive industries to modernize. And I’m not saying the GoldSpot tech wasn’t any good.

In a world awash in ESG thinking and struggling with high inflation, new tech can both reduce environmental impact and increase efficiency.

This makes for exciting ideas and great marketing copy. But results on the ground? When I hear revolutionary new technology for mining or energy companies, I want measurable results, not theories. Excitement is the disciplined speculator’s enemy.

As my friend Doug Casey likes to say, it’s the pioneers who take the most arrows.

Don’t mistake a science project for a proven improvement.